EVERNEATH is the first in a planned trilogy, out January 2012 from Balzer+Bray/HarperCollins 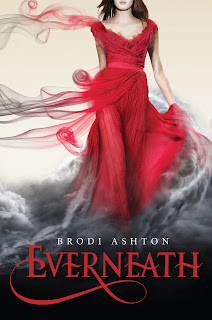 Last spring, Nikki Beckett vanished, sucked into an underworld known as the Everneath, where immortals Feed on the emotions of despairing humans. Now she's returned- to her old life, her family, her friends- before being banished back to the underworld... this time forever.

She has six months before the Everneath comes to claim her, six months for good-byes she can't find the words for, six months to find redemption, if it exists.

Nikki longs to spend these months reconnecting with her boyfriend, Jack, the one person she loves more than anything. But there's a problem: Cole, the smoldering immortal who first enticed her to the Everneath, has followed Nikki to the mortal world. And he'll do whatever it takes to bring her back- this time as his queen.

As Nikki's time grows short and her relationships begin slipping from her grasp, she's forced to make the hardest decision of her life: find a way to cheat fate and remain on the Surface with Jack or return to the Everneath and become Cole's...

HOW TO ORDER a personalized copy:

In the notes, specify the personalization you want. The store will let me know and I'll come in and sign it for you. 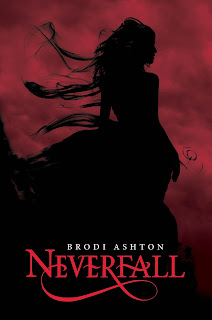 A thrilling new novella from the author of the Everneath series!

Jack is trapped for eternity in the Tunnels while Nikki has managed to evade Cole's grasp . . . for now. But Cole is more desperate than ever to find answers about Nikki, his best chance for taking over the throne of the underworld. How did she survive the Feed? Can Cole find another Forfeit like her who can survive it too?

Cole's quest leads him to the other side of the world, to a mysterious, dangerous society known as the Delphinians, whose price for information might be higher than Cole can pay—a price that could destroy Nikki. But when Cole attempts to steal the answers instead, his mission ends in disaster. Faced with centuries in a Delphinian dungeon, Cole is confronted with questions he's been too scared to ask himself: Is he really obsessed with the throne—or is he obsessed with Nikki? And can she really give him a new beginning as the Everneath's king . . . or will she instead bring about his tragic end? 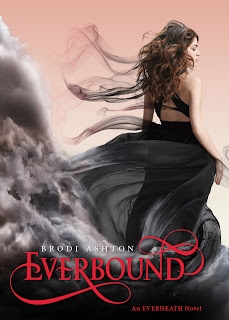 Two months ago, the Tunnels of the underworld came for Nikki Beckett. That night, Nikki's boyfriend, Jack, made the ultimate sacrifice. All Nikki wants is to save Jack before it's too late. All Cole wants is to find his queen - and he thinks Nikki is the one. Both determined, both desperate, Nikki and Cole form a tense alliance, leading them on a dangerous journey to The Heart of The Everneath

The second in the EVERNEATH trilogy, following the adventures of Nikki, Cole and Jack. It came out January, 2013.

EVERTRUE (which I call EVERNEATH 3: It's EVERNEATH-iest!) 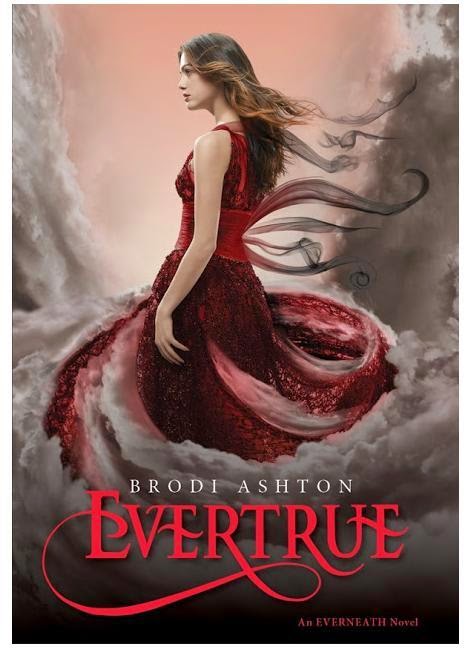 Now that Nikki has rescued Jack, all she wants is to be with him and graduate high school. But Cole tricked Nikki into feeding off him, and she’s begun the process of turning into an Everliving herself... which means she must feed on a Forfeit soon — or die.Terrified for her survival, Nikki and Jack begin a desperate attempt to reverse the process using any means possible. Even Cole, who they expected to fight them at every turn, has become an unlikely ally — but how long can it last? Nikki needs to feed on Cole to survive, Cole needs Nikki to gain the throne in the Everneath, Jack needs Nikki because she is everything to him — and together, they must travel back to the Underworld to undo Nikki’s fate and make her mortal once more. But Cole isn’t the only one with plans for Nikki: the Queen has not forgotten Nikki’s treachery, and she wants her destroyed for good. Will Nikki be forced to spend eternity in the Underworld, or does she have what it takes to bring down the Everneath once and for all?In this stunning conclusion to the Everneath trilogy, Brodi Ashton evokes the resiliency of the human spirit and the indomitable power of true love.

The conclusion to the EVERNEATH trilogy came out January 2014.