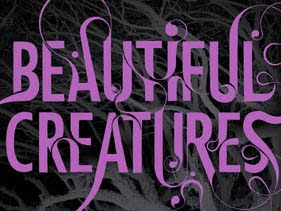 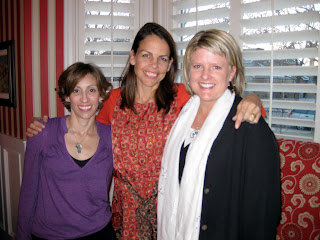 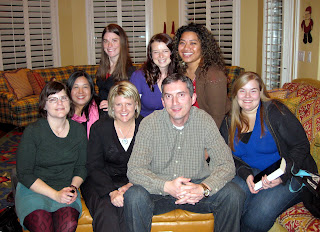 *We discovered that Sara Zarr’s happy face looks the same as Sara Zarr’s annoyed face, except for a slight arch in the eyebrows.
(Sara Z. happy, and Heather Gardner)
*Apparently we all need hearing aids. When Emily told us she bought Sara Z. "Jesus Pens", I heard "Jesus Pets". I was a little surprised Emily would purchase a Jesus-themed Chia Pet. 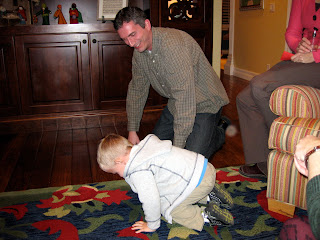