How my Car Accident this Morning Dredged up Embarrassing Memories... which I will share with you.

So, I totally got in a car accident.
Just now. Like ten minutes ago.
I was on my way home from a celebratory breakfast, which is like a celibatory breakfast, only more fun, when I got rear-ended.
It happened as I was trying to turn right onto a busier street and I was at a red light. 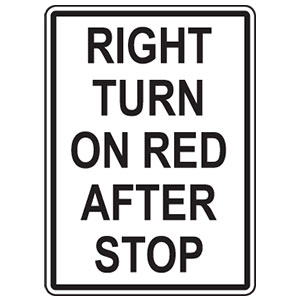 You know how you inch out? Well, I was inching out. And the guy behind me decided to go on ahead and turn right. But I was in front of him. He smashed into me.
I'm not mad. I can understand how bad the guy feels.
This one time, in a similar situation, I was trying to turn right at a red light. I thought the car in front of me had gone. I was looking left, waiting for a break in the traffic, and I must have let up on the brake because suddenly I felt a bump, and when I looked up, I was really close to the car in front of me.
You know that feeling, when you hear metal on metal? Yeah, it sucks. The car in front turned the corner and I followed, thinking we were looking for a place to pull over, call the cops, and exchange information.
But he didn't pull over.
We passed a grocery store, and I thought okay, he'll pull over in that parking lot.
He didn't.
He started to pick up speed, so I sped up behind him, thinking, Why is he going so darn fast? I just rear-ended him!
I honked and waved, but all he did was press on the gas.
All sorts of scenarios passed through my brain. Maybe he was a criminal. Maybe he was a wanted man, and couldn't risk police attention. Maybe he was on his way to bomb a building, and didn't have time to swap insurance cards.
Then he entered the on ramp to the freeway. Going the opposite direction I was going. I didn't follow, because, hey, I did my part. I tried.
But inside, I was so relieved that this possible serial killer - or maybe a bank robber - ditched me.
When I got home, I checked the front of my car to assess the damage. But the bumper was in pristine condition.
Weird, because the jolt from the accident was rather large.
Then I went around to the back of the car. There was a huge dent in the fender.
And it all dawned on me.
Yep, I was the one who had gotten rear-ended.
I was the one who had raced away, like a wanted serial killer.
It was not my proudest moment.
Posted by Brodi Ashton at 11:16 AM