If You're a Writer and you Submit, Rejection Doesn't Stop at Any Stage... (To be sung to the tune of "If You're Happy and You Know It."

Hey y'all.
I loved this post from YA author Lisa Schroeder. If you're like me, when you see Lisa Schroeder, you say to yourself, "Now she's got it made."
But her post shows that even after three stellar books, she still gets rejected.
I remember back in "the day" (you know, that one day I realized I was ruined for traditional jobs, and so I decided to make money by my pen... which, as it turns out, would've only happened if I sold said pen, but anyway. Where was I? Oh yeah... ) Back in the day, I used to think if I could only get an agent, then my path would be made, and just like that Michael Jackson video, my steps would light the way. 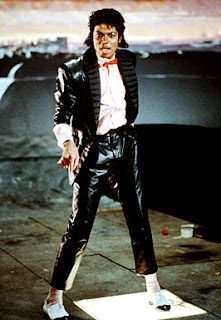 Flash forward a short ten years later, I got my first agent (after something like 92 rejections. I'm not exaggerating. If I were exaggerating, I'd say 486, because whenever I exaggerate, the number is always 486.) Anyway, I had an agent. I'd made it. Looking back, I have no idea what exactly I'd thought I'd made. Perhaps a big pile of goo? I don't know.
Anywho, after a short year and a half of revisions, and a bunch of submissions, and a plethora of rejections, and a smattering of no replies, my "making it" resembled a big fat zero.
Subsequently, I stuffed that big fat zero, painted it donut-color, and hung it above my fireplace over a painting of a glass of milk.
Some people get inspiration out of rejections. Stephen King used to nail his to the wall. I prefer mine to elicit happier thoughts, like daydreams of donuts and milk. Because twelve and a half years of the daily vein-tapping-that-is-writing should be worth something more than a big fat zero, right? I should at least get a wall-hanging that resembles a pastry.
Or, better yet, a gold star, telling me I've almost made it. 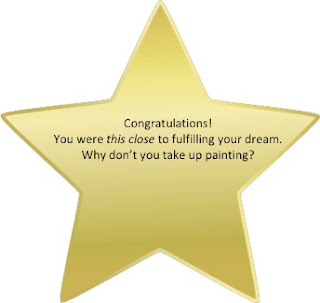 Well, stupid Star, it just so happens I can't paint, except to draw a house. And I don't know why you're getting all snippy, Star, because at least I have an agent. And the agent author relationship lasts for eternity, because it's true love. And true love frakkin' conquers all! 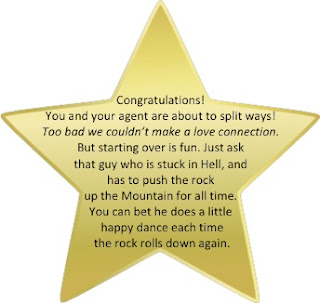 Oh yeah, Star? I'll show you. I'm going to write a second book. And it's going to be better than the first one, because- 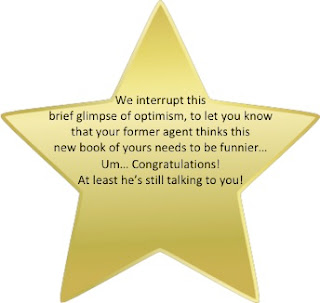 How do you know he thinks that? 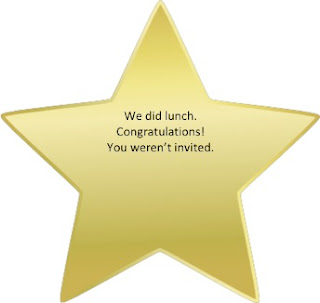 Right. Tell me, just what does a Golden Star eat for lunch? 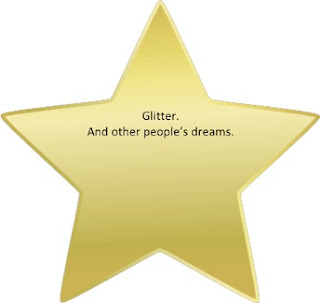 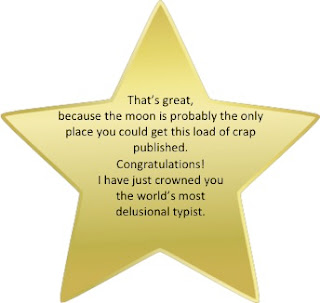 You know what, Star? I found a fabulous agent, who loves the new book. And I had multiple offers. 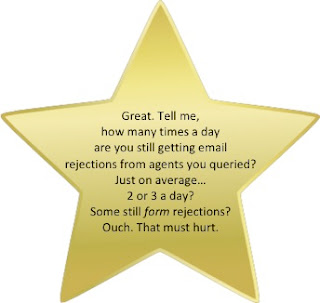 Suck it, Star.
I guess my whole point is, I think rejection is a constant for writers, and it never stops no matter what stage you are at in your career. Except maybe for Stephenie Meyer. But how many of us are Stephenie Meyer? Unless there's some weird alternate universe thing going on, I'd venture a guess that just one of us is Stephenie Meyer.
But here's the silver lining: It's a good thing we write for the pure joy of it. Otherwise, those stars would turn into Chinese Stars, and impale us all with their sharp points.
Not good enough? Here's another silver lining: At least you'll have something to blog about.
Still not impressed?
How about I throw in a set of steak knives? And a t-shirt that says, "How many times do I have to push this effing rock up this effing hill?"
I heart Sisyphus.
Kill the Fluffy White Bunnies and then go write!
Posted by Brodi Ashton at 7:43 AM