My Recap of the Eclipse Movie For Dummies

The Eclipse Movie in 12 Easy Steps:
1.  In the beginning, Edward proposes to Bella, interrupting her beautiful recitation of a poem in the meadow. Or it might have been her math homework. I'm not sure. I couldn't understand her. 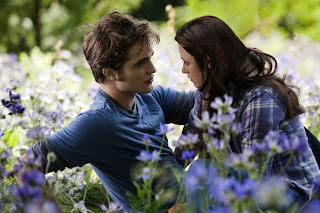 (He proposes every other line in the movie, so if you miss it the first time, don't worry.)
2. Jacob, Bella's spurned other man/wolf, confronts them in the parking lot, accusing Edward of lying to Bella. He tells Bella he's no longer talking to her and he doesn't want her in his life. She must have misheard, because she hops on his motorcycle and takes off.  Apparently this high school is the optional kind. 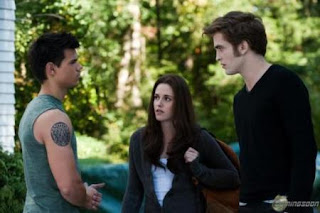 3. Edward promptly forgets he just watched her ride off with Jacob, and spends the time pacing so hard his eyes turn black. When she gets back, he's all, "Do you know how worried I've been? Where were you?" and she's all, "Derh, didn't you see me ride off?"
4. She forgives him, and he proposes again. 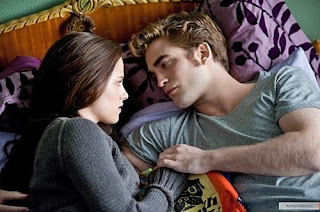 5. Charlie's worried about Bella's relationship with Edward, and so he begs her to connect with her old friends, who are all totally lame because they don't have superpowers, especially Jessica because she totally harshed on Bella for riding off with a scary-motorcycle guy just so she could see the ghost of the vampire who ditched her. You call that friendship? 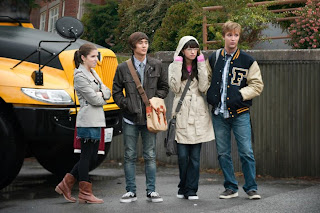 6. Meanwhile, some redheaded chick (not Victoria, because Victoria's all fierce, and this girl is all doe-eyed) is running through their forest, looking like she's lost. 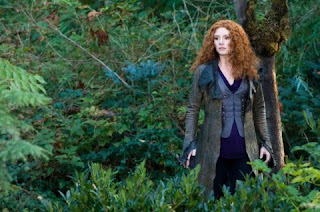 7. In a giant step for equal rights everywhere, Edward gives Bella permission to see her friend Jacob. Bella and Jacob reconnect, ending their fight, and reaffirming that Jacob does, indeed, drive a motorcycle. 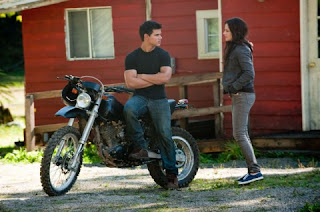 Again, it's okay if you missed it the first time. 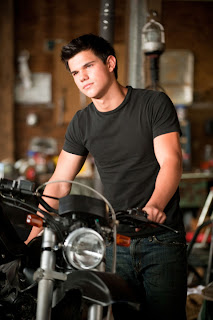 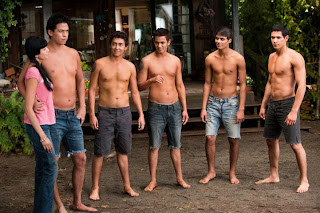 (Okay, so what are we supposed to do with our hands?)
9. The red-headed non-Victoria chick is birthing newborn vamps for a war with the Cullens. We know a big fight's coming, because the Cullens are all dressed alike in their team uniforms. 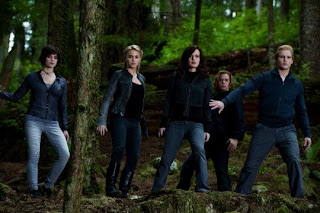 10. Jasper (looking slightly better since he lost his ringlets from New Moon) teaches everyone how to fight Newborn Vampires, because he was in the Civil War, which everyone knows was fought between the North and the Newborns. 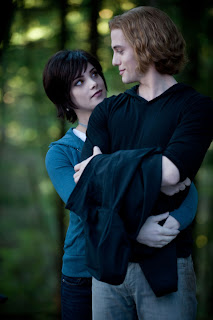 (Jasper and Alice, demonstrating the best way to take them down is to hug them in the middle.)
9. They have plenty of time to frolic in the woods, because the Newborns can't possibly cross the river... Oh crap! 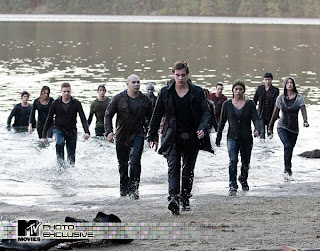 10. A big fight ensues, but don't worry, because Edward took Bella to the safest place possible. Bora Bora? No. Provo, Utah? Of course not. He takes her to the mountain top, in a tent, where he's surprised the sub-zero temperatures mean it will be cold. But at least she's far away from the fight. By like a hundred yards. And everyone knows vamps aren't that fast.
11. Bella's lips are turning black, but never fear, because Jacob's there to warm her up, and we finally have the answer to the love triangle: a threesome in the tent. Everyone's happy. As proof, Bella kisses Jacob and Edward's okay with that.
12. Everything's fine until Edward accidentally blabs that he and Bella are engaged. To make sure the message sinks in with Jacob, Carlisle breaks all of Jacob's bones, while the werewolves stand outside looking awkward. 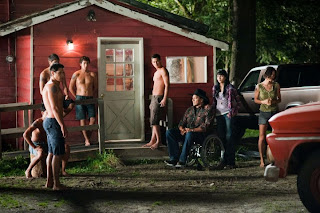 ... and they all lived happily ever after.
Posted by Brodi Ashton at 9:30 AM