Revision Tip #4: Make your Main Character likable, unlike my 7-year-old

So, we're hitting that point in the summer when my 7-year-old Kid C becomes slightly more than annoying. He's bored, whiny, and extra literal. He's getting on my last nerve, which happens to be hanging by a thread, which is burning the candle at both ends. (Revision tip #5: watch the overuse of cliches). 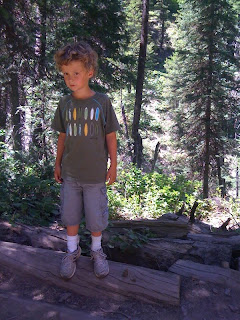 Anywho, I took Kid C to see Despicable Me, and ever since he's been convinced he can be adopted into a funner family. 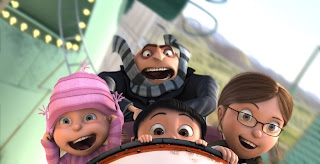 I don't know why this particular complaint- the one where his family isn't good enough- makes me want to drive nails up my arms.
It all comes to a big whitehead when he says, "Maybe the Petty's will adopt me. They have a cousin named Michael, and I've always wanted a cousin named Michael."
me: "Well, who hasn't? Listen, why don't you head on over to the Petty's and see if they'll adopt you. Good luck."
So he starts walking over to their house, and I don't know what comes over me, but I yell, "If you're not part of this family, then you can't come back."
And he's all, "Great!"
Here's where I pull out the harshest indictment I can think of: "If you were the main character in a book I would NOT be rooting for you. I wouldn't get past page three! I wouldn't care what happened!"
He tilts his head and looks at me, and I realize he doesn't understand a word I've said, thank goodness, because I don't have extra money for therapy bills. 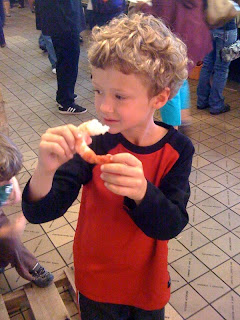 (Kid C, with the world's largest shrimp. Seriously, where did he come from?)
Despite the context, what I said is totally true. My first book had a MC whom I thought was adorable. Turns out most of the agents I sent the ms to couldn't stand her at the start, and therefore didn't get very far in the ms.
I had committed the offense of not putting any of her redeeming characteristics up front. And they need to be there, if not on page one, then certainly on page two.
She doesn't need to go all Angelina-UN-Goodwill-Ambassador on the world or anything. Just something little the reader can cling to. Something that will make the reader root for her, despite her flaws, and her neuroses.
Give the reader... something to cheer for.
Keep likability in mind when it comes to revisions. You may love your MC, but it might take the reader a little while to warm up to her. Massage little nuggets of it into that script. Like this true life example:
Yesterday, Kid C learned how to make meatballs, so he decided to share his accomplishment with the world via a "Meatball Stand". 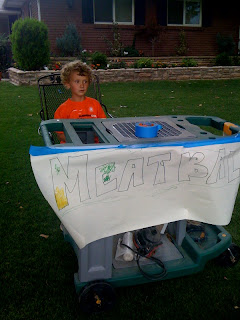 Meatballs for sale.
95 degrees outside.
3 for $1
6 for $2
We live on a very quiet street, and every time a car would round that corner, he'd be all, "Looks like we have our first customer!" and he'd get his little pen and notebook ready to take orders, and then he would mask his disappointment when car after car didn't stop to order Carter's Famous Meatballs.
What do you think? Rooting for him now?
I went from accusing him of trespassing each time he stepped on my property, to secretly bribing the neighbors to come and buy his meatballs.
That darn likability factor.
I leave for L.A. tomorrow. Have I mentioned this before? I'll try to blog from the event.