Free Book Friday
Today, we have our first "Guest Blogger due to Me Being Totally Whacked out Because of Trying to Write 25,000 words in 14 days." (I copied that sentence from my book yesterday. You can see the quality of the work I'm putting out.)

So, without further adoodoo, please welcome Hubby. And please show him some comment love, because he is a very insecure metrosexual man. He's also made it very easy to enter in the FBF. I miss each and every one of you.

I am filling in for Brodi today. HOW EXCITED ARE YOU ALL FOR THAT BIT OF NEWS? Today you get a very sexy metrosexual guy talking about very nonsexy things.

Brodi has had a long stressful week of writing and just living life. She told me that she was going to cook me dinner if I did not write her blog today, so that is why I am stepping in. I love Brodi but cooking ain't her thing. Don't get me wrong, she knows how to order takeout...she knows how to turn on the oven (I think she does)...and she knows how to ask me to cook up spaghetti...but cooking ain't her thing. So for her to threaten me with cooking up a meal, well, lets just say--it is like a normal person screaming at the top of their lungs for HELP. I put on my superhero outfit, tried to put out the oven fire from her cooking and here I am typing out this blog. 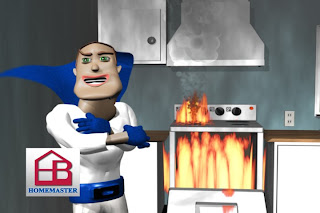 For those that do not know me, I am Brodi's adorable husband. I am 6'3", I weigh 200 pounds, I lift weights often, I like long walks along the beach...ok, none of that is true, except for the long walks on the beach stuff and for that, I usually have to wear a speedo which is truly liberating. Anyway, hopefully I have only lost about 50% of the readers so far.

Hold on--interruption of Brodi and Carter playing a game. Kid C wants to play 'Let's guess what number I am thinking of'...ok, sure.
Kid C: I am thinking of a number that is between 1 and 500,000. Guess what it is?
Brodi: 1,000.
Kid C: No.
Brodi: (slapping forehead in exasperation)
Sam: going to grab a sleeping bag because of a long night ahead of guessing a number out of 499,999 options.

I don't know if any of you watched it, but the reimaginging of the old tv series 'V' premiered on Wednesday. Brodi and I are kind of ScyFy (the lame nonsensical acronym that the SciFi channel has switched to) geeks, as you all have read thru Brodi's blog. In fact, she is actually geekier than me--no joke, I believe that she has watched Aliens (not Alien which was decent but vastly inferior to its sequel) at least 113 times. It was on 5 times in one week once and I think she missed a total of 4 minutes of it.

If it is an alien/monster/zombie/especially zombie/vampire, then we will be watching it. So, I started thinking of what were some of our favorite tv shows that are little paranormal/science fiction-y. Here is our list of my top 5 shows in the past 15 years:
Buffy the Vampire Slayer-- 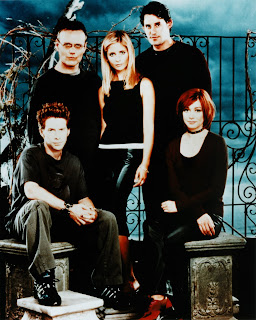 This is the classic. Stupid title, fabulous show. It really was groundbreaking. A girl is given special gifts and she has to save the world. And save it she did. Excellent dialogue, touching moments, great fight scenes. A hot Michelle Gellar (never hurts to have a pretty woman as the main character for all of the 15 year old geeks at home) and this show made a near household name out of Joss Whedon. 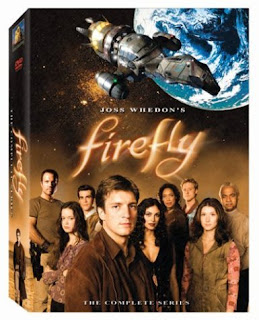 We still shed tears over the cancellation of this show. It was short lived and terrific. Cowboys in space...how could it be cooler besides maybe being Hip Hop-pers in Space? Another Joss Whedon show and it starred Nathan Fillion who everyone loves. Once again, great stories and likeable characters and it even led to an equally terrific movie, Serenity.
Lost-- 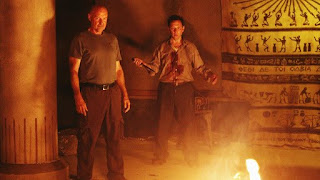 Don't get me wrong, this show has had troubles. A great first season was followed up with some problems in seasons 2 and 3 but it has been back on course over the past few years. What is not to like? an airplane full of people crash into a deserted island that is not so deserted as it has some possible mean people who have a pet Polar Bear as well as machine guns, a giant time traveling wheel, a VW van, bright lights, science projects, comic books, hot mess of women, and flash forwards--how can you not love that all?
Fringe-- 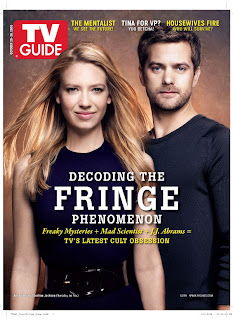 If you are not watching, watch. It is strange, to say the least. A possibly evil science corporation, bald people, death by goo on a bus, monsters, mad loveable scientist. And how can you not love Anna Torv? Even the old Dawson Creek's very own Joshua Jackson turns in great performances.
Angel-- 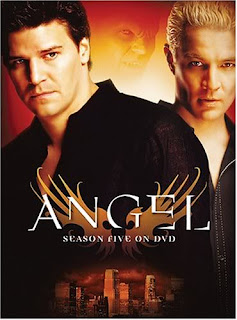 David Boreanez. Being a true metrosexual, I can say without insecurity, he is one good looking man. You loved him in Buffy...you love him in Bones...and he was fun in Angel, the follow up to Buffy the Vampire Slayer. He is a vampire, protecting the city of LA from bad vampires and other bad people. It also kept the lovely Eliza Dusku and Charisma Carpenter on television which is appreciated by me as well. (It is OK for me to say this as I have put up with Brodi's 78 posts on her secret lover, Rafa Nadal).
So, there is the list? Have any of you seen these shows? if so, what have you seen, what have you liked?

Enter the Contest
It is Free Book Friday and you can get a free book by just doing one of the following three things:
1. Follow me on my amazing, though not quite as spectacular as Brodi's blog, blog at: www.samandbrodi.blogspot.comn Yes, that is shameless plug and I do not expect any of you to follow up...so off to choices 2 and 3 for a chance to enter in to the free book contest.
2. Comment on your top 2 (or more if you desire) favorite science fiction shows (and for you old timers, you can include Star Trek if you like...we won't hold it against you for being old and cheesy to like that show)

or, 3. Just leave a general comment about anything.
If you have yet to do so, follow Brodi here on the blog or follow her on Twitter (@BrodiAshton).
Thanks for putting up with me today. Enjoy your weekend. And I hope you will soon be able to erase the image of me in a speedo from your memory.
Posted by Brodi Ashton at 7:28 AM