Washington State by the Pictures... and Yes, I did see Forks

Hey Y'all. I'm still going through all the pics from our trip, but here's an initial rundown:
We hiked... 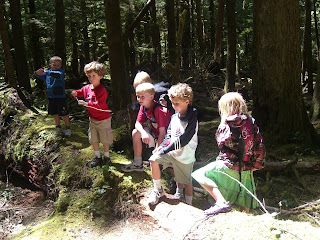 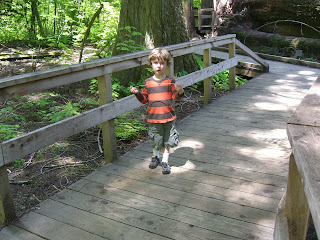 and hiked and carried sticks... 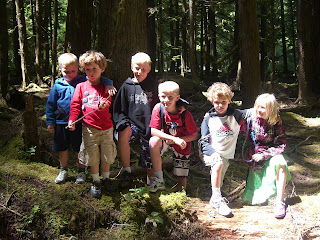 and hiked. And carried sticks. 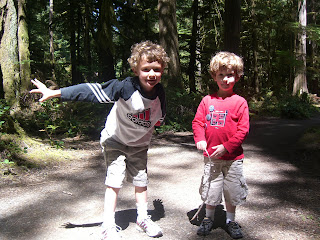 and climbed through tree trunks... while carrying sticks. 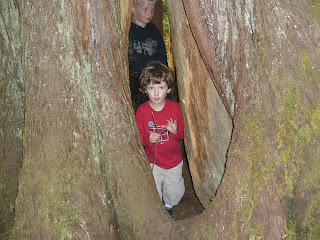 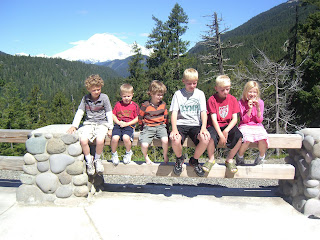 We saw giant tree trunks, of trees that were 500 years old. Or 5,000. We told the kids that these trees were around when hobbits ruled the world, because that's the kind of history lesson I like to teach. 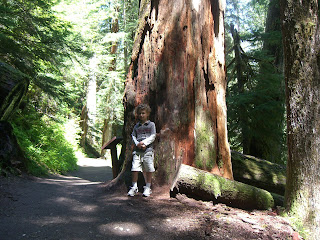 We saved this tree from falling, thus missing out on our chance to find out the truth behind the old adage, "If a tree falls in the forest..."  Our kids are still there today, doing their service to their national park. 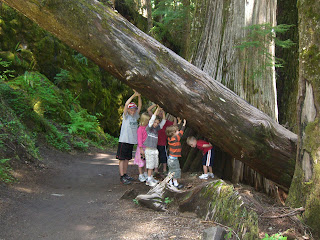 We crossed bridges, recklessly disregarding the silly sign that read: "One at a Time!" 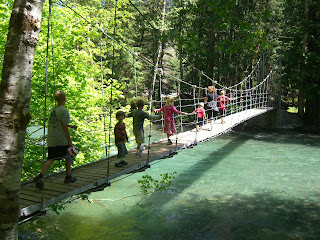 We saw amazing views in the Olympic National Park 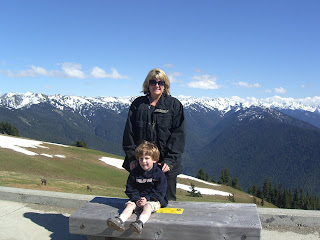 We rode ferries to Seattle... 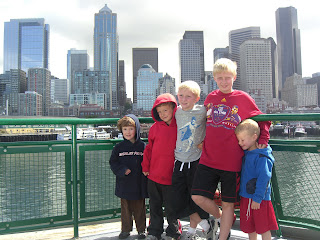 and ferries to the San Juan Islands 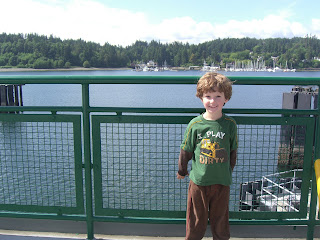 We saw Orcas, or "Killer Whales". 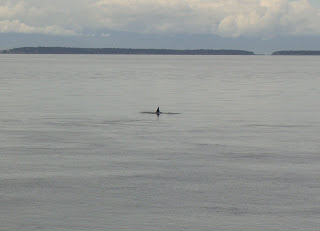 We made necklaces out of seaweed. Yes that is seaweed. I later convinced him to leave it as an offering to this one lighthouse. I told him it was an ancient American Indian tradition, begun by the hobbits and carried forth by the unicorns. 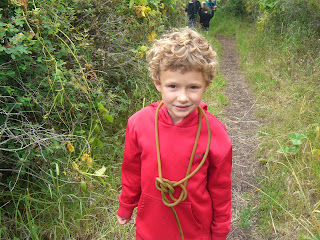 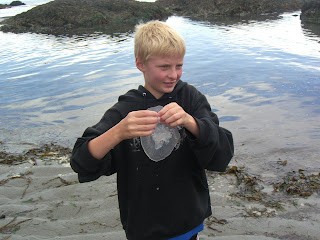 We had one DS for the six kids. Doesn't this picture look like something out of Oliver Twist? Like little Asher has the last piece of bread? Or they're all huddled around one little flame? 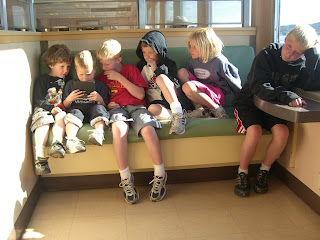 We scared Kid C to death by making him perch on the ledge for a picture, but achieved our goal of inducing a lifelong love affair with vertigo. 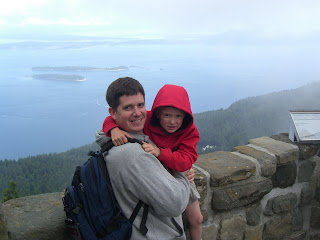 We held on to Daddy's hair for dear life. 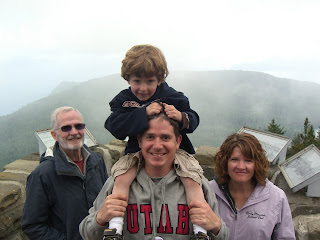 We pulled the old Bella/Edward move on Second Beach in La Push. (I know, I know, it's not authentic because Edward would never be allowed on Second Beach...) I slipped a disc after this move. And tore another hole in my heart. 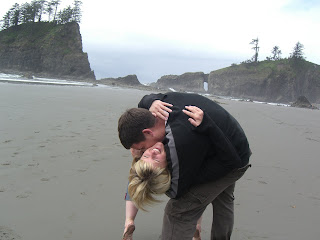 The requisite picture of me and the Forks sign. My family still has no idea why I stopped for this. All I can say about the city of Forks is... the public restrooms were just fine. 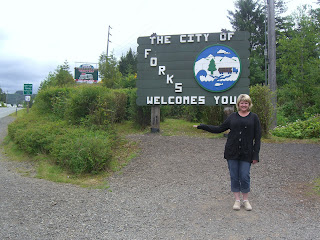 While in Forks, I discovered the store where Stephenie Meyer must have come up with the title for Twilight. (As a side note, isn't "twilight" just another way of saying "dusk"? Has anyone ever been dazzled by dusk? If anything, it's just harder to see...) 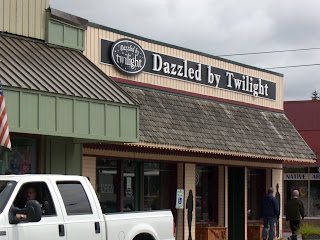 And that is an overview of our trip. I'll have some more stories on Friday. Now I'm off to a day of writing at Borders with Bree Despain. And by writing, I mean we'll dish about the latest goings on, and we'll grab some lunch.
What are y'all up to?
Posted by Brodi Ashton at 8:29 AM