My Monday Top Five: Including an Agent with Superpowers, and the answer to Which Jane Austen Character am I?

Hey y'all. Here are the top five things going on in my noggin:
1. From Old/old/new to old/new/new to new/new/new.
So, I think it was pretty obvious that although people liked the clean lines of the old/new blog, it left them with a cold, sterile, lemon-juice-in-a-papercut-ish kind of feeling.

Although that's how I feel about the writing life in general, I would hate for people to think they needed a bandaid after reading my blog.
Blogs should be harmless. Not jagged. It's sort of a general rule.
So, I present to you, the warmer, gentler new/new blog. What do you think?
2. I also worked on a Frequently Asked Questions tab. Let me know what questions I'm missing! I'd like to get a big-ole long list about anything to do with me, publishing, queries, agents, shoe sizes etc.
3. I took the "Which Jane Austen Character are You?" quiz over at fellow Apocalypsie Gretchen McNeil's blog.
I came up with Elinor Dashwood. 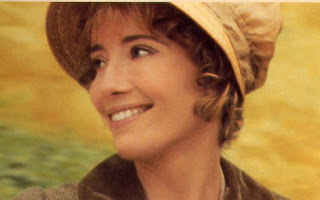 Strangely, she's the only Jane Austen character I never really identified with. I know everyone wants to be Elizabeth Bennett, but I really wanted to be Anne Elliot. 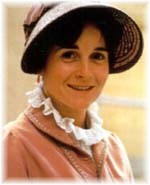 She is my favorite Austen heroine- serene and dependable. Which, I guess, answers the question of why I didn't score her.
4. Did you notice how I used a strange word "Apocalypsie" in that last one? The apocalypsies are a group of children's authors who are debuting in the year 2012. Get it? 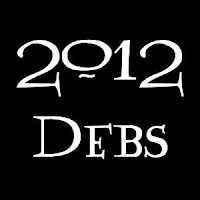 I think our slogan is "Read 'em like there's no tomorrow". The problem is, when I used to dream of being published, I was sure the world would end before my book came out.
Now this all sounds a little too ominous. When people ask me, "When's your book coming out?" I have a habit of answering, "Winter 2012. If... we make it that far. [crossing fingers] Here's hoping!"
5. Speaking of ominous, my deadline is 9 short days away, and I'll admit I'm a little stressed. I try not to show it, but the other day I responded to an email my agent sent me with this:
"Okay. Great."
One minute later, my phone rang. It was my agent. He told me my email arrived in his inbox practically bleeding stress. It made a mess of his computer, and shorted out a few wires. They had to call hazmat crews over to deal with the toxic disaster.
To him, my email looked like this:
Okay.
S.O.S. If I don't get this stupid scene written, I'm going to commit suicide by friction, because I think that would be the absolute worst way to go, even worse than freezing to death, or being burned alive. Send help. Send chocolate.
Great.
Thank the heavens for an agent who can read between the lines, and talk me down from the edge.

So, what's everyone up to? Who is your favorite Jane Austen heroine? Can you think of anything worse than death by friction?
Posted by Brodi Ashton at 9:13 AM