It's Free Book Friday. Read to the bottom to find out how to enter. (It's easy, again.)

Utah Book Awards
Last night, BFF Emily Wing Smith won the Utah Book Award for The Way He Lived. She proved she did not expect to win, because at the awards ceremony, when her name was called, she hadn't written an acceptance speech. 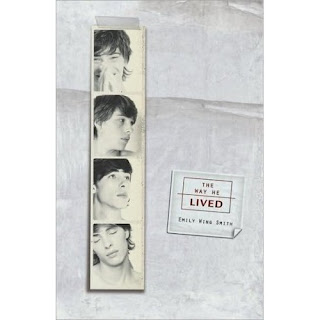 She still did a great job. 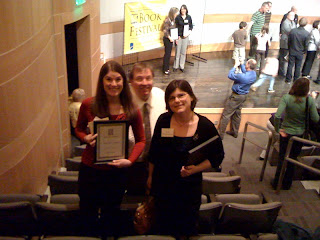 Unflappable Sara Zarr was also a nominee for her book Sweethearts, and it was so good to see them both up on stage. Fabulous night. If you get a chance, go tell Emily Wing Smith and Sara Zarr congratulations! 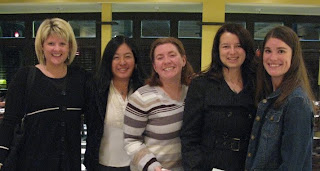 We were supposed to dress up a little, and so I wore heels for the first time in a year. I soon remembered why I don't wear heels. My feet were killing me.

So after the event, we decided to go to Gourmandies for dessert. About a 3 block walk. In my killer shoes. Not killer as in "hawt", but killer as in "tip-toeing across a bed of nails."

For the rest of the post, I thought it would be fun to see how well y'all know the blog. So I devised a multiple choice test. Let me know how you do.

When my feet can't take anymore abuse, I decide to
a) switch shoes with Bree
b) hop on Sara B.'s back
c) take my shoes off and walk barefoot for the 3 blocks to the restaurant

The answer is: c. Emily Wing Smith talked me into it. Strange enough, she was okay with me walking in the filth of 3rd East, but she told me to push the crosswalk button with my elbow. To avoid germs.

On the walk, I almost step in:
a) a pile of broken glass
b) a pool of blood
c) bird poop

If you answered all of the above, you are correct. But we were definitely most intrigued with the pool of blood. 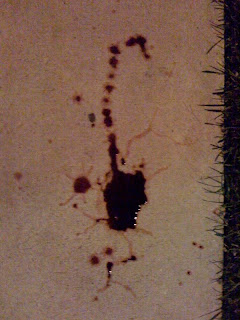 After several discussions about whether or not it was really blood, including such words as "viscosity consistent with the consistency of blood" (we felt very smart after that sentence) we decided to examine it. I took a paper from my purse and dipped it. 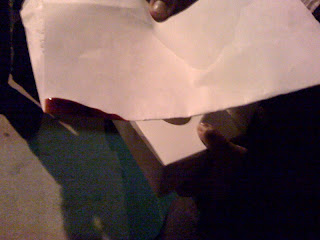 After Brodi dips the paper in the blood, Valynne proceeds to :
a) smell it
b) bring it under the light for a closer look
c) throw it away 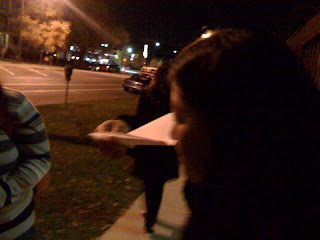 Valynne sniffs out the truth

This one should be obvious. She smells it. But we soon realize none of us really know what blood smells like.

When Valynne smells it, Bree shouts:
a) AIDS!
b) Hepatitis!
c) EWWWW!

Yep. All of the above. She basically yelled these three phrases over and over on the entire walk to and from the restaurant. She just varied the order.

Upon unfolding the paper with the blood on it, Brodi discovers the random paper she pulled from her purse was:
a) a receipt from recent AAA visit
b) a love letter from Sherman Alexie
c) Kid C's handwritten story about his mom

If you guessed C, you'd be right. My purse if full of 98% junk, 2% valuables. Of course I picked the valuable paper. 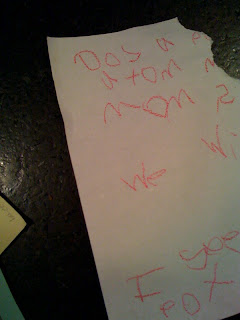 By the way, his story goes like this: "Once Upon a Time, my mom was awesome. I see pot." I've had it in my purse for months. Classic.

After the story is besmirched with blood, I:
a) throw it away
b) wipe it off on the grass
c) tear the bloody part off, chuck it in front of a lawyer's office, and take off.

The answer is: b, then c. We just happened to be in front of a lawyer's office on our walk home from Gourmandies.

Thankfully, Emily has my personal freedom in mind. It's C. To keep me from being implicated in a murder, she kicks the paper into the bushes.

On the way to our cars, Emily Wing Smith suggests her hubby Dan can carry me, because of his:
a) Strong muscles
b) Asian heritage
c) Gymnast heritage 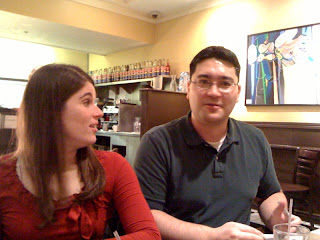 Emily and her hubby Dan
At dinner, Brodi makes a confession:
a) She didn't know Emily's hubby was Asian
b) She had a high school boyfriend who licked her toes
c) Her pants fell down at the awards ceremony when she stepped over the row of chairs to get to her seat

Ummm... all three. Thankfully I was wearing a sweater that covered my behind.

Which word is uttered at dinner, followed by hysterical laughter:
a) Boobs
b) Seaman
c) Rectal

Okay, it's all of the above. What can I say? We're all twelve years old.

So, to enter into the Free Book Friday contest, answer the following questions:
1. Do you think it was blood?
2. Do you have any theories as to what happened?
3. Do you know any blood spatter experts?
4. Can you see any images in the blood? Virgin Mary? Mickey Mouse?

If you turn the picture on its side, I think it resembles a scorpion. I don't know what this means.