A Sneak Peek at the Plot for EVERNEATH 2

Good Monday, yo.
Thanks for all your questions in Friday's post. Because of you, we are sure to have a stellar debut of our vlog: Three Authors answer Questions. (We're trying to come up with a more descriptive title...)
So, on to the post. The truth is, I've been sitting in front of a blank blog post for about half an hour. This is probably due to two things:
1. I worked out this morning. Now I can't move. Even to type.
2. Now that my copyedits are in, I really have to focus on finishing EVERNEATH BOOK 2: NIKKI'S DANGEROUS RIDE.
I can't give away too many details, but I will say that Nikki takes a ride on her boyfriend's motorcycle against her mother's express wishes, and ends up in a horrific crash that leaves her in a coma. When she wakes up, she's not the same girl she used to be.
She's rude, selfish, and completely unsympathetic to her family's concerns.
And oh yeah, now she has a twin sister.
So anyway, I have a lot of work to do... wait. Sam is reading over my shoulder. He says the plot of book two sounds contrived. And a little familiar.
Hold on a sec...
Okay, apparently that is the same plot as Sweet Valley High #7: Dear Sister.
I don't know why I didn't notice. I guess it is true that there is nothing new under the sun. But I should've realized something wasn't quite right from the start, given that Nikki's mother is dead, so how could she warn Nikki about the danger of motorcycles?
The bigger question is: why did Sam know this?*
Okay, looks like I'll have to go with plot idea #2: Don't Let Nikki Drive the Bus
All 17-year-old Nikki Beckett ever wanted to do is drive the bus. But a traumatic event from her past (her mother's death, and her twin sister's coma) resulted in a psychological block in Nikki's brain that left her with no opposible thumbs.
When a strange apocalyptic event leaves everyone in Nikki's small town armless, Nikki must make a decision: Let the pigeon drive the bus to the grocery store... or drive the bus herself, opposible thumbs or no.
Will Nikki let the pigeon drive the bus? Or will she overcome her psychological shortcomings to...
wait. It's Sam again. He says that although the idea isn't as tired as the first one, it still might sound a little like this:
Fine. Looks like it's plot #3: EVERNEATH 2: THE TRUTH ABOUT STACEY.
Nikki's best friend Stacey has a secret. She isn't feeling well-
What, Sam? WHAT WHAT WHAT? 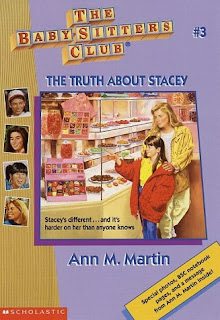 FINE! There goes my "Best Friend Gets Diabetes" plot.
Back to the drawing board.
Do any of you have any plot ideas? Preferably ones that don't involve comas, diabetes, or ornithological anomalies?
*In the interest of protecting Sam's manliness, I'll admit he had nothing to do with this blog post, and he has never read a Sweet Valley High book, and we did not bond over Sweet Valley High #10 Wrong Kind of Girl.
Posted by Brodi Ashton at 9:20 AM

Email ThisBlogThis!Share to TwitterShare to FacebookShare to Pinterest
Labels: everneath