The Dreaded Author Pic: aka Why I was up all Night. aka Anyone want to stand in for me?

Yo, y'all.
Today I'm getting the thing that every author dreads and fears:
No, not leprosy. I'm getting the author picture. You know, the one that will go on the back cover of the book, to be immortalized in print forever.
Okay, maybe not every author feels like I do, but darn if I wasn't up all night last night stressing about it. (Which did wonders for my skin this morning, and not in the good way).
I have friends who have totally awesome author pics: 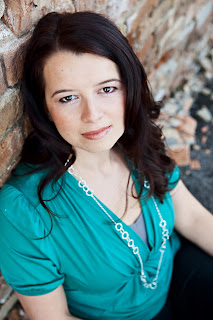 Bree "I can even make a brick wall look good" Despain 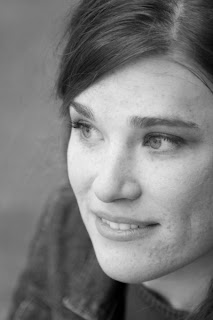 Emily "What picture? I was just looking at something over there, and smiling thoughtfully" Wing Smith
Then there's me. 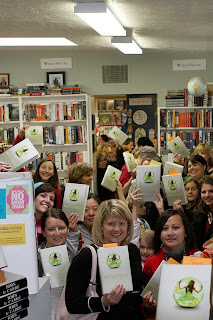 This picture was in the Salt Lake Tribune over the weekend, with the caption "Fans of Utah young adult author Ally Condie".
I had no idea how front-and-center I would appear. Check out the poor little girl to my left, who's trying to peek around the enormous planet dressed in black.
It looks more like the caption should read: "Ally's number one giant fan, who might follow her home and leave dead roses by her front door. She's comin' to getcha, Ally. And she's leading the charge of hundreds more just like her! Only, smaller. Rarrrrr!"
To be fair, when the girl told everyone she was taking the picture, I puffed up like a blow fish. That's how I pose.
I also took another picture recently. I won't show it to you, but I will tell you that if it had a caption, it would read "Boobs McGee, and her giant purse. Be amazed at how they dwarf everyone around them!"
Emily Wing Smith says I look exactly the same in every picture ever taken of me. I don't know what she's talking about... 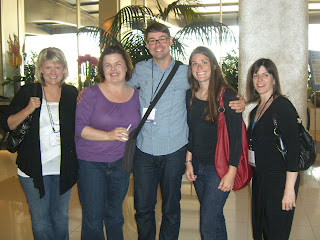 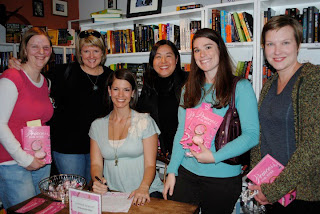 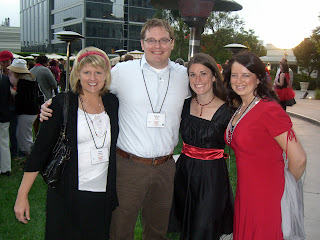 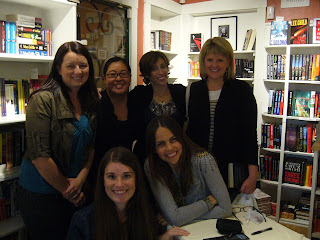 Okay, maybe I do. But this is because I have spent my life practicing how to smile so I don't look like this:
Anywho, there's a chance I'm overthinking the whole thing. Really, I just want to get it over with. Anyone have any advice? Anyone know how to apply blush so that my chest looks flatter?
Maybe I'll just go with the caption: "Objects in picture are smaller than they appear. I promise."
What would the captions of your own pictures read?
Posted by Brodi Ashton at 8:17 AM