My Weekend Movie Report... and Further Evidence as to Why I Stink at Housewifery

How was your weekend? Mine was good.

1. Saw two movies: Sherlock Holmes and Avatar. Both were an excellent waste of time.

I loved Avatar, although I think that's because I went in with low expectations. As much as everyone was saying it's the wave of the future, I couldn't help thinking it would be a smurf-erific treat, with aliens and humans interacting along the lines of Paula Abdul dancing with Skat Kat. 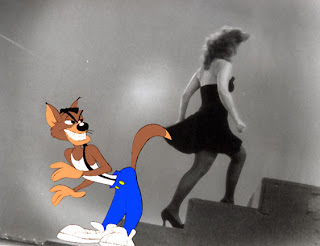 So, yes, I was surprised I liked it so much.

As for Sherlock Holmes, I liked it too. When I mentioned I was seeing it, Bree Despain tweeted to me the following:

"Sherlock & Watson are like you and me. If we were guys & wicked smart detectives, that is."

Which begs the question... how exactly are they like you and me then? And I happen to think I am a wicked smart detective. So one for two ain't bad.

2. Continuing on in our series "Why Brodi Sucks as a Housewife", take a look at this: 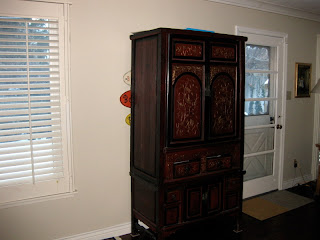 Only take a closer look: 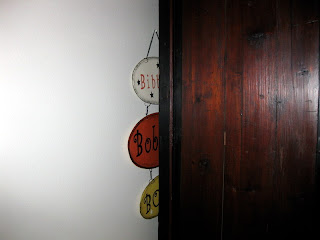 I thought this "Bibbity Bobbity, Boo" thingee was a cute Halloween decoration, but I was too lazy to procure a hammer, nail, and an actual hanging place for it. Luckily I found a nail already in place behind the Chinese cabinet. Now it's January, and yet, it still hangs.

3.  I don't know how many of you live in Salt Lake City, but today we officially have the worst, most unhealthy air in the country.  I think I shall stay indoors, trying not to exert any energy, or even move. I was so worried about breathing the stuff that I made the kids walk to school so I wouldn't have to step outside.

Whoops. I guess ikidding is "kidding on the internet".

How was your weekend? See any good movies?
Posted by Brodi Ashton at 8:00 AM