Book Bloggers Slash Local Authors Shootout at the Golden Corral: or How I Named my Chest

Do you like the new blog look? The old look was making me itchy, so I'm going to be trying out some new looks. Let me know what you think.
We have some rockin' book bloggers in Utah, and on Saturday night I went to their Bloggers/Authors social extravaganza at the Golden Corral. 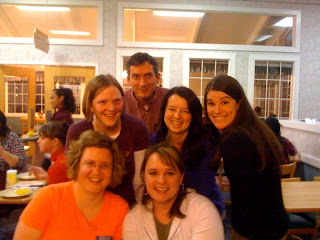 (some of the bloggers and authors. I'm too lazy to name names.)
Since I am neither a "Book Blogger" nor an "Author" I was a little unsure what to put on my nametag. 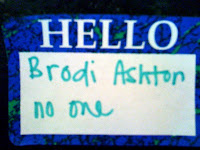 It's not a matter of self-esteem or anything, it's semantics. I am not technically a book blogger, and since I haven't published a book I'm not an author either.
So Emily Wing Smith made me a new nametag: Brodi Ashton: Bombastic (which means pompous or overblown). 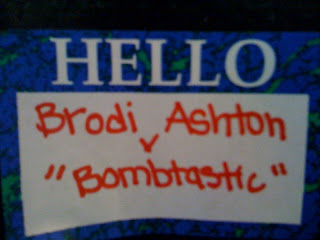 Oh wait, it says "bombtastic". Which is a made up word meaning... well... not pompous and overblown.
I'd never been to the Golden Corral, but I was excited to relive my hardcore buffet days from Vegas.
It was very reminiscent, although I kept waiting for the pirate ships full of dancing women to appear from the ceiling and toss beads at us. I guess that's only a Vegas thing... 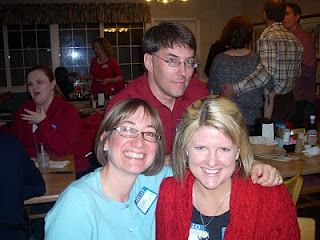 (Me, Agent sister Sydney Salter and Suey's Hubby)
The evening culminated in a rousing game of "Book Swap". The rules are simple: Bring a used book. Then swap it. Other than that, it's Anything Goes! Some of us forgot padding, so there were a few injuries.
Other ensuing shenanigans (I stole some pics from Suey):
- Number of times we'd cheer when the book swap numbers were called: 32
-Number of times James Dashner would say one of the following:
"Stop Cheering! There are no winners and losers!"
"It's not a drawing!"
"Everyone's a winner! Stop it!"
... 32
-I won Carol Lynch William's book THE CHOSEN ONE. James got a Baby book. See? There are winners and losers.
-Bree Despain won a bodice ripper. The male model on the cover was undressing everyone in the Golden Corral dining room with his eyes. By the time dessert rolled around, everyone was naked. That's when the pirate ships appeared and the disco ball lit up. Makes you want to come to the next one, right?
-Number of trips I took to the ice cream bar, all the while claiming "I'm gonna get my ten bucks back in ice cream alone!": 4
-Number of times I complained that the hot fudge machine was rigged to be difficult: 4
-Number of times I told James to "stop looking fuzzy" for my camera phone: 2

-The whole night, I refrained from saying how I thought Apollo Anton Ohno is cute, because I didn't want Natasha Maw to think I was hitting on her husband: 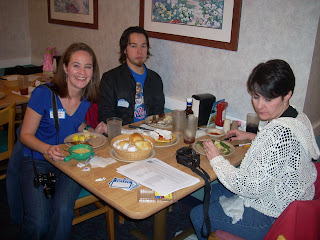 (Natasha, her hubby, and her sister Leisa. The resemblance to Ohno is uncanny, isn't it? Although from his expression in the pic, I imagine a little word bubble above his head saying, "If someone tells me I look like Apollo one more time, I swear I'm gonna throw this table across the room." Just kidding. He's really nice. This is a long picture caption, isn't it?)
Here's the real Ohno. Tell me there isn't a resemblance... 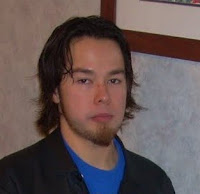 -Every time someone asked me about my book, I'd answer using "We..." As in: "We're still waiting... We're working on it... We're spending our mornings writing..." I don't know why this made me feel better. As if writing wasn't such a lonely endeavor. I finally said, "And by 'we', I mean me, my left boob and my right boob. The three of us are working hard on the book."
-When asked why she had two nametags, someone said it was so she could name her two best friends: 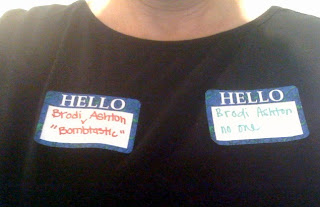